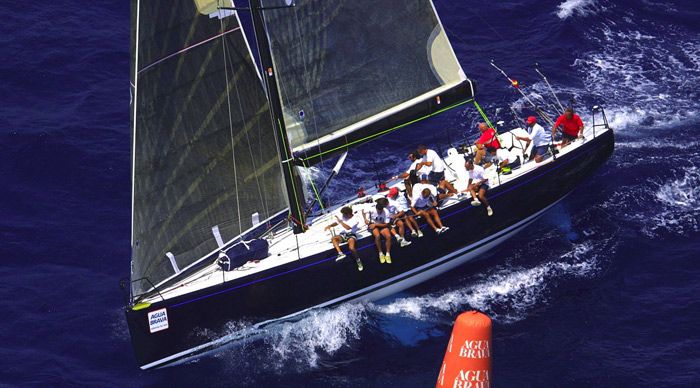 Early in 2001, Trimarine was approached by the Mascalzone Latino Sailing Team – for which it had built an ILC30, 5 years before – that had just commissioned the design of a brand new 50’ IMS from Farr Yacht Design and was evaluating construction options. The Team’s main problem was the short time available, since the boat had to be launched in time for the Valencia IMS World’s at the beginning of July and it was already the end of January! After an intense period of detailed analysis and scheduling the Team decided to commission the construction to Cantiere SeRiGi of Aquilea (UD), Italy. Although this type of vessel falls squarely outside it’s normal production standards, SeRiGi accepted with enthusiasm to build this yacht in a very tight time frame. From the arrival of the first mould frames in mid February to the required launching date of mid June, construction would take place in just 16 weeks to allow the yacht to be shipped from the North Adriatic to Valencia, Spain in time for the IMS Championships. To stay within the schedule the Deck construction was commissioned to another yard, Cantiere Crosato of Roncade (TV). Trimarine was responsible on behalf of the Owner for the management and coordination of the construction and installation process in strict collaboration with SeRiGi’s design office. Hull, Deck and Structure were built of Epoxy machine wet-preg sandwich using Kevlar fibres and Airex PVC core of variable density and thickness, all vacuum consolidated. Mascalzone Latino, was launched 2 days before the start of the IMS World’s in Valencia where it placed 4th overall but it recovered a few weeks later by winning the Copa del Rey 2001 in Palma de Mallorca. 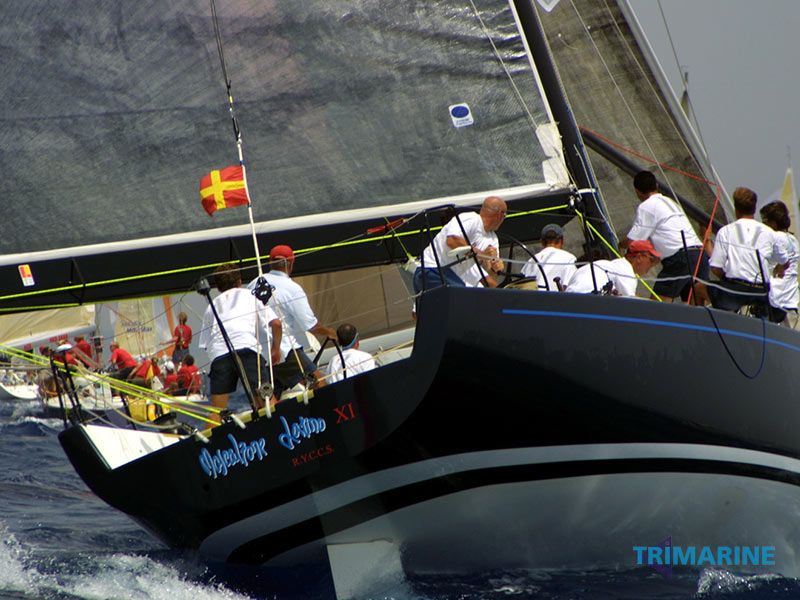 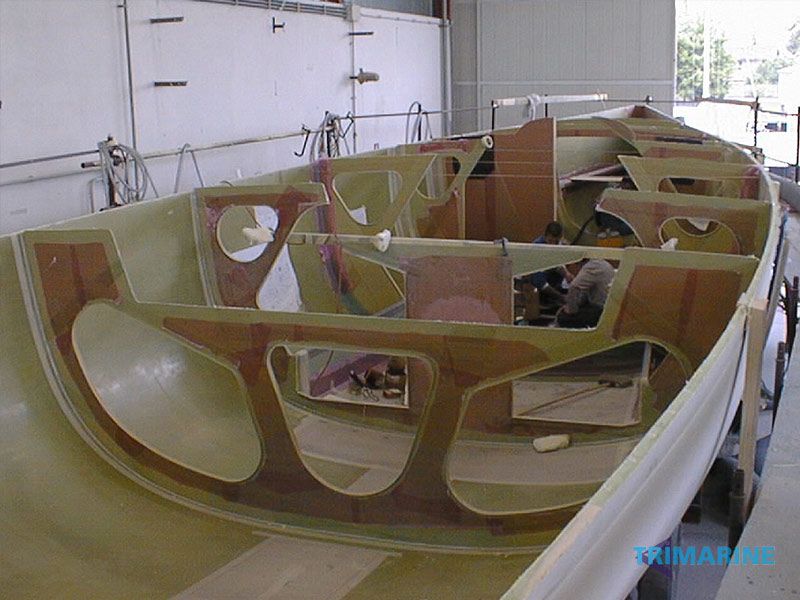 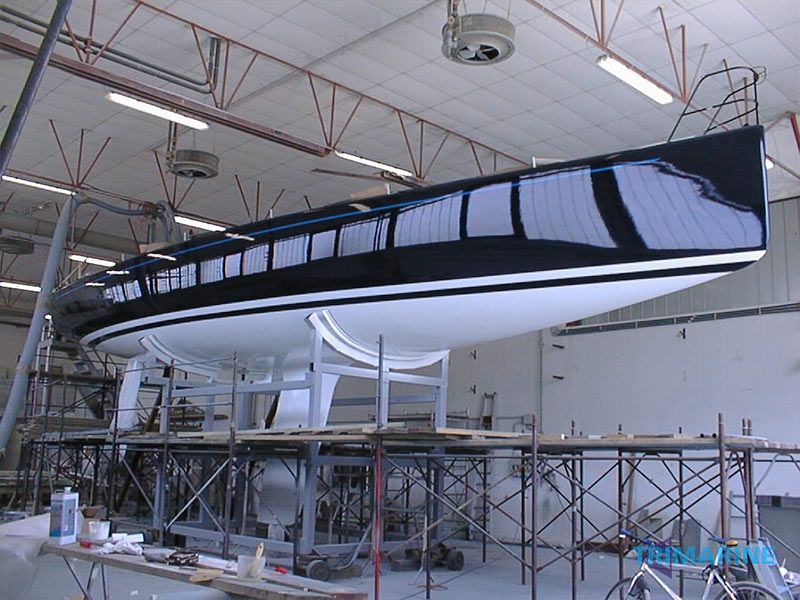 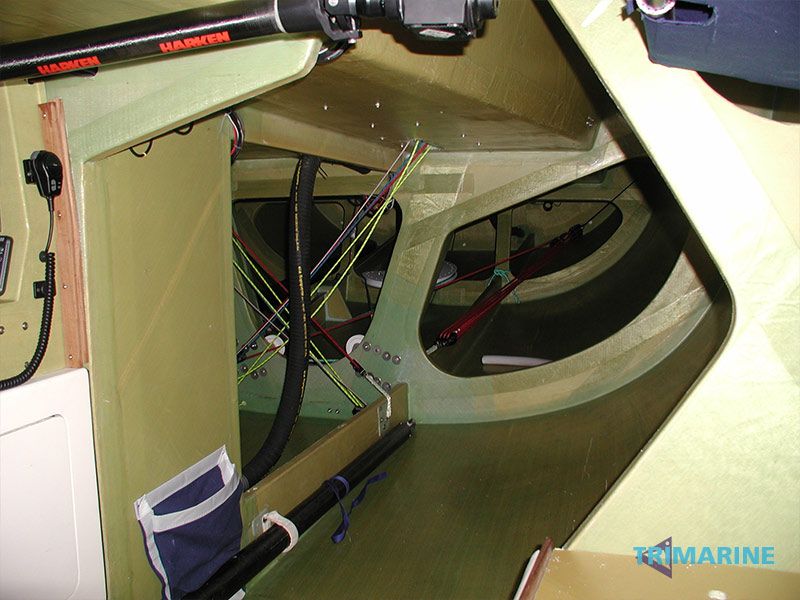 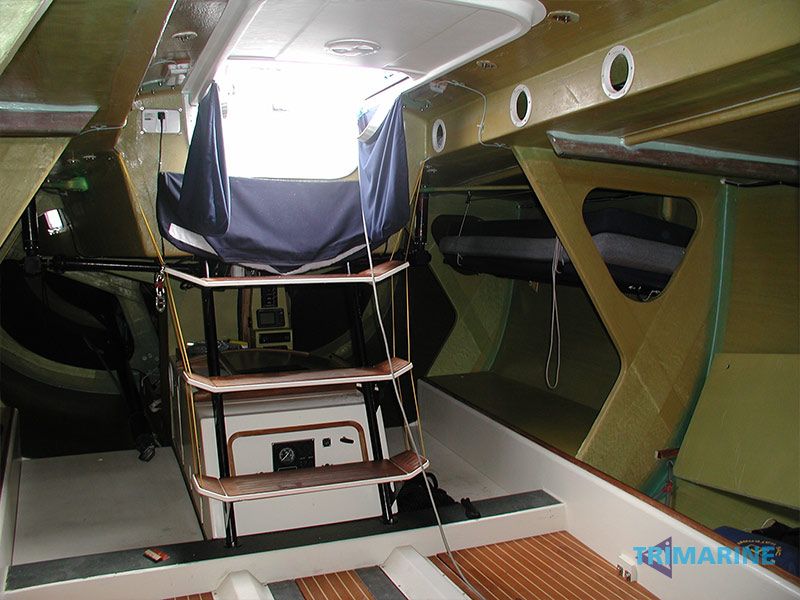