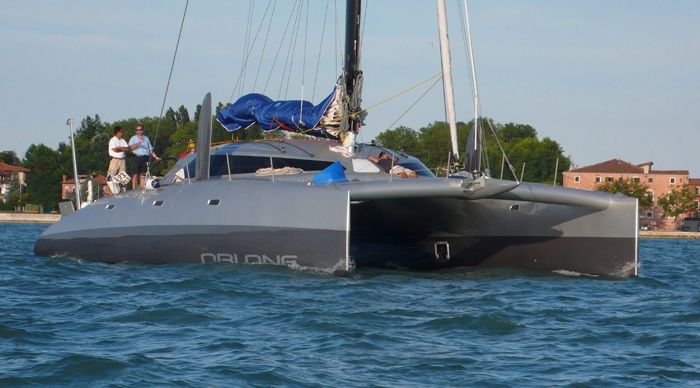 A 57 feet LOA fast cruising Catamaran for an Italian owner, designed by French naval architects Lerouge Yacht Design with interiors and styling by Alessandro Vismara. The foam sandwich composite hulls were built in France using epoxy infusion technology. The sandwich structure is composed of glass fiber skins reinforced with unidirectional carbon fibres over a PVC foam core of variable density. In the bottom areas, subjected to slamming and potential impact damage, a higher elongation PVC core was used. The empty shells were transported to Italy, where the structural assembly was completed at the Yard with central coachroof and cockpit, internal structures, appendices and carbon fiber beams produced in collaboration with Arca compositi. The interior fit out and systems installations also took place at the Yard, Cantiere Arredomar in Campalto (Venezia). Among the technical features of the Carrera 57’ is the use of centerboards; many cruising cats do not use centerboards because it takes up interior space in the hulls; for this craft the position of the centerboards was designed to allow the optimization of the interior layout without neglecting it’s hydrodynamic function. Lorima, using carbon fiber consolidated under autoclave pressure built the rotating wing mast. Lorima is a French mast producer, World leader in the Multihull field; in recent years they have rigged about 70% of the racing and cruising sailing fleet of large ocean going multihulls. Vismara Yacht Design produced a modern yet simple interior design with particular attention to weight saving an important performance factor in multihulls. Always with the scope of weight saving the interior hull surfaces are not covered and the structures are left visible. Trimarine was responsible, on behalf of the Owner, for the overall project management and the technical and logistical coordination. Trimarine directed the technical choices of components and equipment as well as the construction processes and structural details while following the project as Owner’s representative. Trimarine oversaw the quality and accuracy of the construction, maintaining strict control of the respect for the specification and designers plans. Trimarine also produced the construction detailed plans, designed the on-board systems, prepared the Owner’s Manual and managed the yard visits and communication with RiNA, the certification authority in charge of the vessel’s approval. 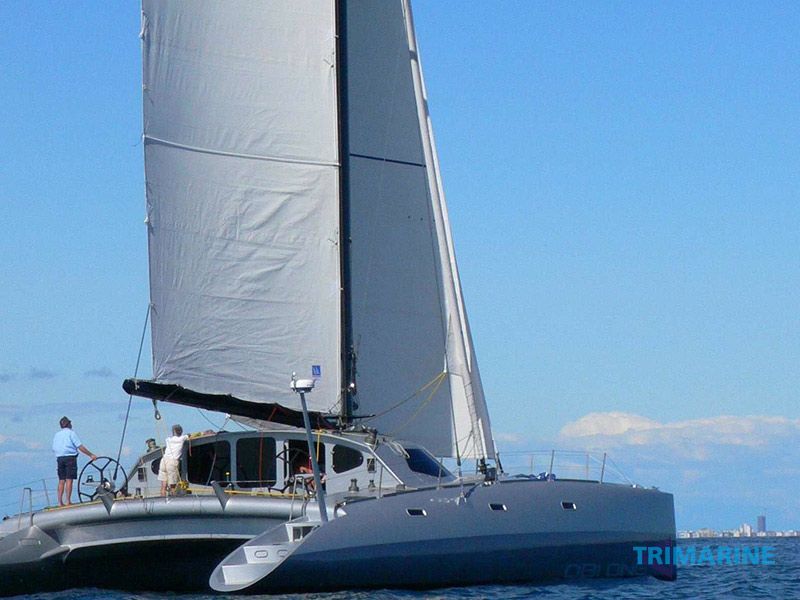 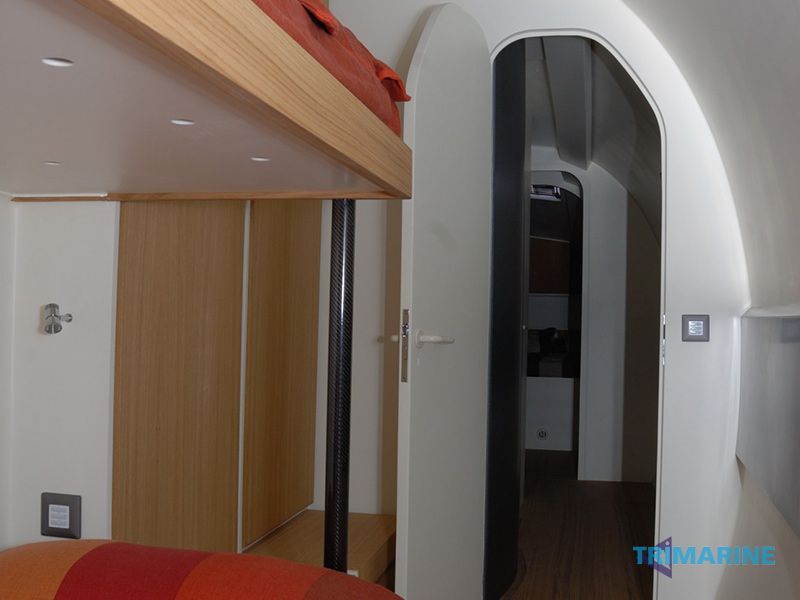 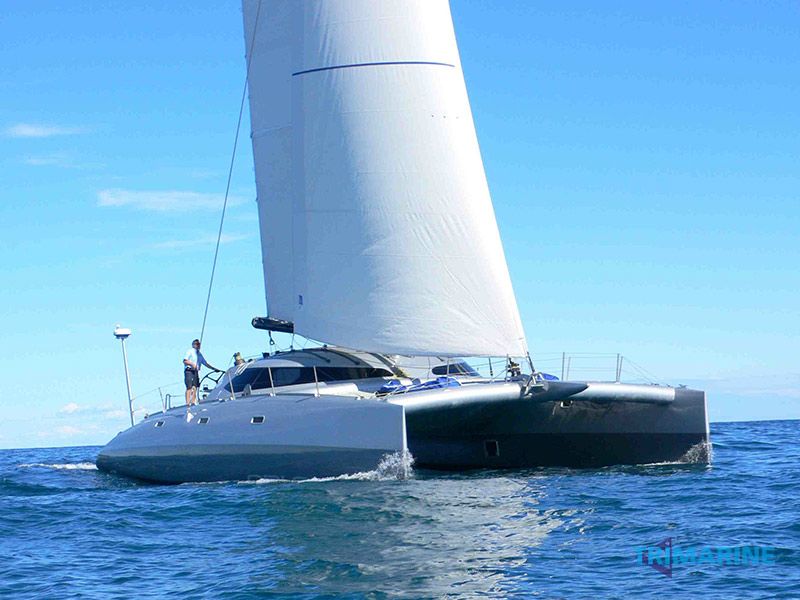 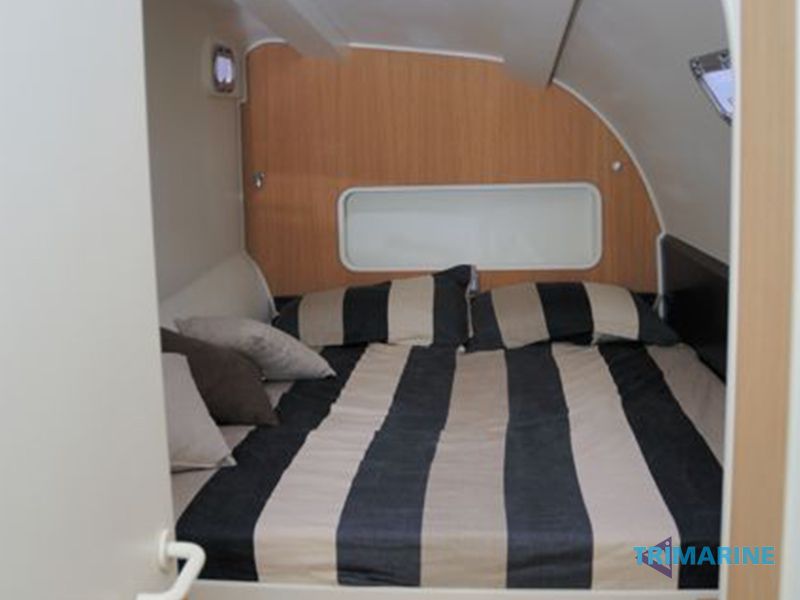 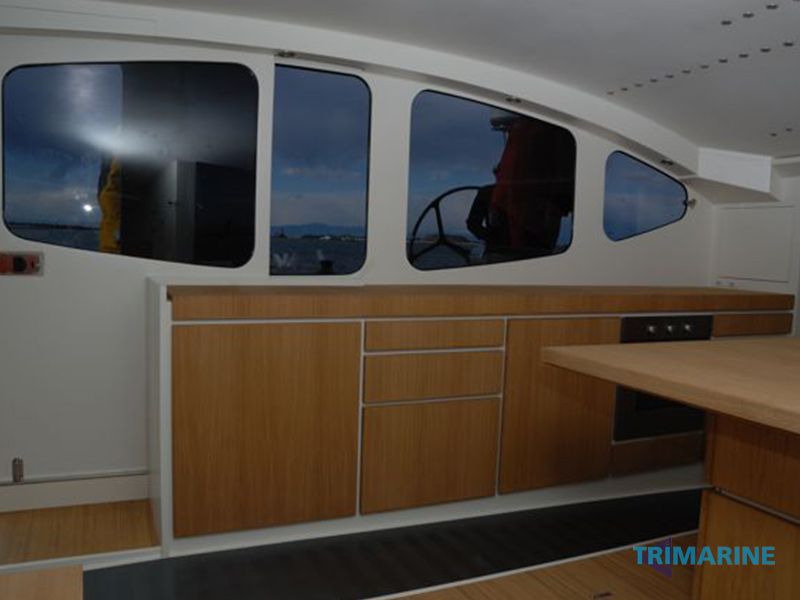