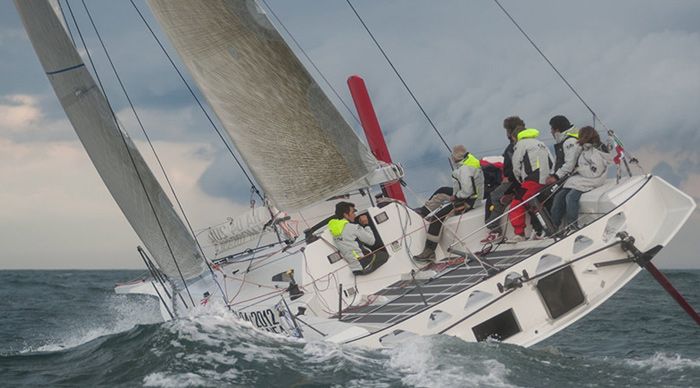 Creating a racing boat without any compromises is an extremely interesting job for a person involved in project management. The possibility of being part of a program of this type is considered almost a "dream". When, during a flight from Malta to Milan, Franco spoke to me the first time about his idea to build a “fast moving” regatta boat, a boat without any rating rules, there was immediate enthusiasm. Such an open view, without reference to any rating rules, would have allowed us to create an absolutely innovative hull from all points of view: marine engineering, construction process and organisation. The first decision taken, perhaps the only fixed point of the whole project, was the definition of the dimensions; the boat must be sailed in offshore races by a team of 4 and 6 persons, consequently, logic lead to limiting the length to about 40-45'. The next step was to select the Designer. After having talked for a long time, Franco decided that to create an innovative boat it was important to involve young people, those with a new outlook and unconditioned by previous projects. This would mean problems due to lack of design experience, but which would certainly be compensated by great commitment and interest. It was therefore decided to entrust the job to Studio ST, with which I had already collaborated in the past, due to their skill in the development of the part regarding marine engineering and in the structural project; two ambits which, in the case of construction using advanced composites, it is of fundamental importance that they proceed in parallel and in a perfectly integrated manner. While the Designers worked at the computer and at the drawing board, the shipyard or, more accurately, shipyards were chosen, because it was decided to build the hull-deck shell in Sweden at Marstrom, a shipyard that Franco had been acquainted with for years as it is one of the biggest builders of race catamarans and great expert in composite constructions. The work plan was drawn-up with them, which envisioned the construction of various elements of the hull and the deck. These would then be transported to the Cantiere Soleri in Italy, which would have the task of assembling the parts, creating the internal structures and fitting-out the essential systems and interior furnishings. The job was rather complex, the logistics were not easy and the classical unforeseen technical events, which always appear when creating objects that are "completely exceptional" certainly didn’t make things easier. Finally, thanks to everyone’s commitment and the patience and Franco’s skill in organising “Team work", all technical problems were always brilliantly solved, bringing a new “sea creature” to life: Kuka-Light. 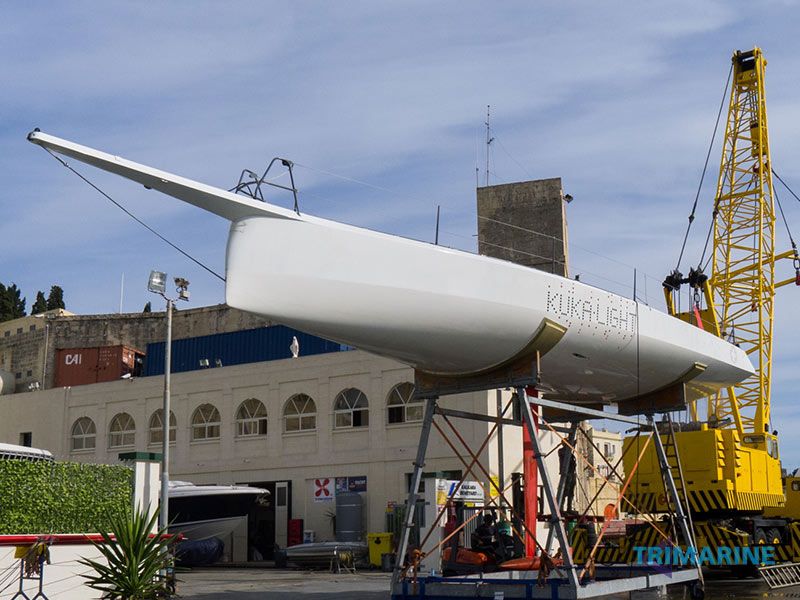 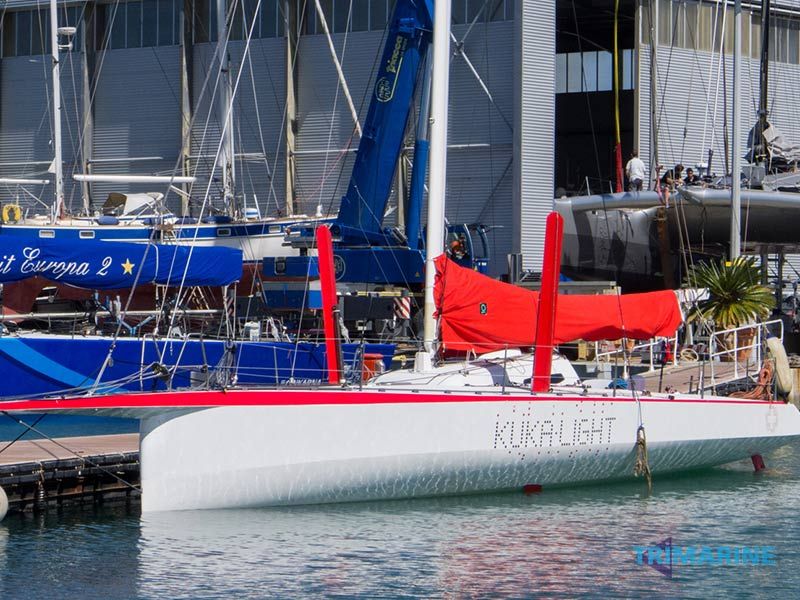